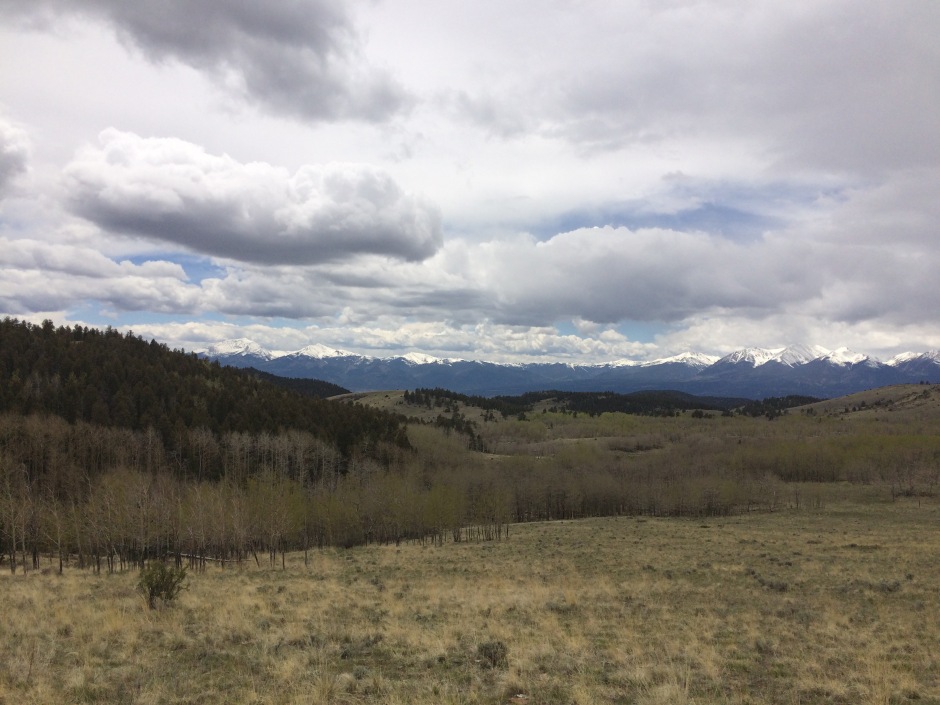 This post is a tad bit behind, but we have been swamped with work and baby prep. Over Memorial Day weekend, we went to the Salida/Buena Vista area to camp with some friends. We decided to stay at the Heart of the Rockies Campground, which is about 10 minutes West of Salida. Due to our last minute decision to come here, all the closer campgrounds were full. There will be more info. on the campground in our next post with a full review.

Salida is fairly dog friendly, but we found this awesome place that they could go spend the day and play with other dogs. It is called Alpha Dog Care. The prices are very reasonable and the owner is super friendly. They were even able to get the dogs in the day of without reservations. The dogs loved the place and were extremely exhausted from play when we picked them up.

The first day we planned to go to downtown Salida and walk around all the shops. For breakfast, we made some amazing French Toast. We just mixed together a cup of coconut milk (from the can), with a little sugar and vanilla to soak the bread slices in. Due to the weather, we were unable to make these on the campfire and had to resort to the stove in the camper. We topped them with some bananas, strawberries, and syrup. 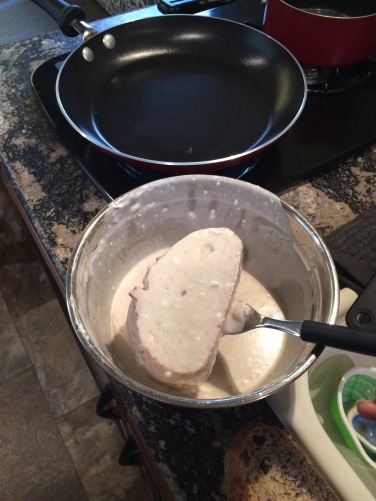 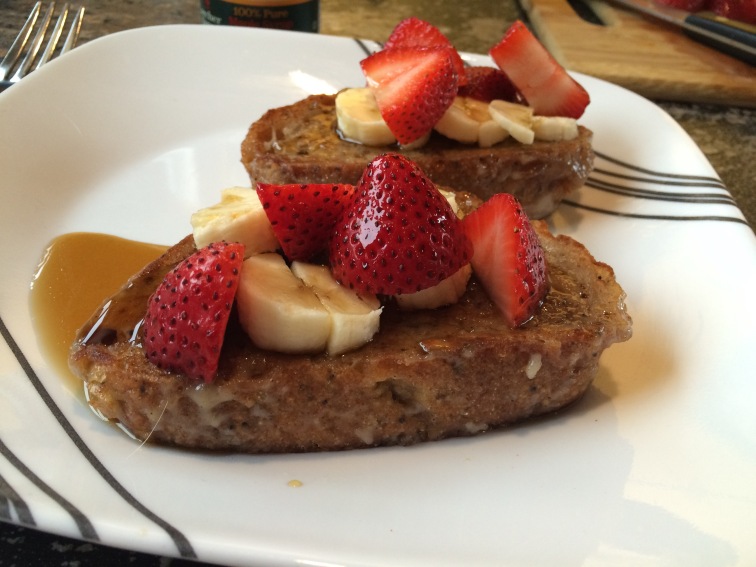 There were lots of fun shops to browse. Salida has the Arkansas River on the edge of town where you can sit and watch paddle boarders and kayakers. Here is a clip of a kayaker practicing flips. He did this for about an hour, which was just amazing to get to watch.

We ended up stopping at the Boathouse Cantina for a drink and to watch the river from their deck. We found a couple of vegan items on their menu for lunch, including this delicious burrito we ordered without cheese.

For dinner, we made one of our favorite dishes – BBQ Portobello with Mac n’ Cheese on top. These may sound a little strange, but the flavors are amazing! Just grill up a portobello with your favorite BBQ sauce on it. We love this recipe for Vegan Mac n’ Cheese from the blog “The Snarky Chickpea”, using Daiya cheese. Just layer them on a bun and enjoy! 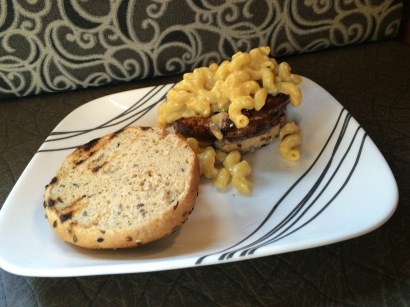 On Saturday, Buena Vista had Paddlefest going it. It was a fun event to go watch. The event we attended was the extreme kayaking (this is what we named it because it was out of this world). The participants ranged from young kids around 5 years old all the way up to professional adults. We were amazed by all the talent, even at the kid level. The kayakers would get points for each trick they did in the waves of the Arkansas River. There were also other events over the weekend including races for both kayaks and paddle boards. 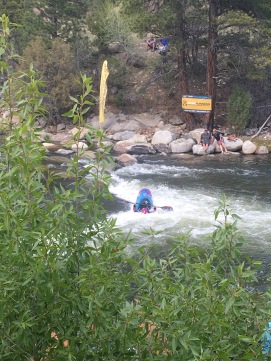 After browsing downtown Buena Visita, we ate lunch at House Rock Kitchen.  The menu is well marked for vegan dishes, as well as gluten free, and the food was great!

We went Jeeping into the Bonanza/Sheep Mountain area with the pups Sunday morning. A local Jeep guide had suggested that area as it would most likely not have any snow. Well, he was a little wrong! The road up was beautiful, with a creek winding around you. There are also some great camping spots back there we thought of for next time we stay in the area. We came across a smaller snowdrift that we actually had to maneuver through with our new winch, which Chad was itching to use. A couple miles after that we found a huge snowdrift. Chad checked it out and found the best possible route through it. Well, we almost made it! The road was a little uneven, which made it hard to get more traction to cross it. We decided to use the winch to get out to turn around. A couple of dirt bike riders came shortly after and helped get us out, using both the winch and the jack, the guys were able to get us back to the road. We decided not even to try any more and turned around to go back to town.

Along the way up we found some great Geocache’s as well. If you have not done a Geocache before, it is essentially a treasure hunt. You can download the app or check the website – www.Geocache.com for locations of caches by you. You would be amazed that some of them may be in your neighborhood! It is one of our favorite things to do while we Jeep as well.

When we arrived back in Salida, we took the pups and walked along the river watching some of the paddle board classes going on. Salida was having a concert that night that we went to in their new amphitheater. The atmosphere and music were both great.

For dinner, we grilled up some personal sized pizzas. We purchased the pre-made crusts from Sprouts, which are like a thick pita bread. Just add your favorite toppings, grill until the Daiya cheese melts, and eat up.

The next day,we grilled up an easy breakfast scramble with potatoes, vegan breakfast sausage crumbles, mushrooms, and salsa on top 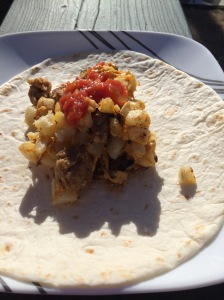 After breakfast, we checked out of the campground and headed back to Denver. It was a great trip and everyone was exhausted when we arrived home!